Translations for blockchain projects and ICOs

Before engaging in a translation project on the subject of blockchain it is highly recommended... hell no, it is mandatory to get some hands-on experience in the area. And I am not talking about becoming a blockchain coder overnight; I am referring to the idea of getting to know the subject from the consumer’s perspective.

So, first and foremost, Bitcoin (BTC): you should spend a good part of your day studying the concept and technology behind the most popular currency. Go to YouTube and watch some lengthy movies (in a language of choice), and don’t waste your time on “talking heads” just telling you “how exciting it was for them to figure out the concept of Bitcoin before others”. Watch some short clips of nerds with flip charts talking about the principles of mining. Also, a few videos about smart contracts and Ethereum will help. I suggest avoiding the evangelical blah-blah-blah, instead watch some real deal of technical info covered by individual projects going through pre-ICOs or completing their ICO cycle.

Then sign up to several Telegram and Facebook crypto news groups and check them out from time to time to stay updated. Despite the fact that the best source of info on any blockchain project is the whitepaper of a specific coin (document containing all the principles of project and its decentralized ledger essence), I would suggest starting from a short video intro of any project to get a clear idea on its mission. Some videos also feature the team and the competences of the people behind the curtains.

Our team is involved in preparation and localization (script translation and verification) of intro videos for ICOs. So far we have helped raised millions of dollars from token sales. A very good example here would be Enjincoin. During the initial stage of ICO they ordered this video that eventually led to raising 75,084 ETH ($23M): 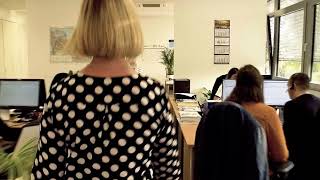